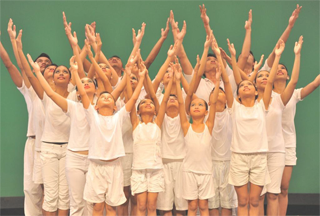 is a performing arts group whose members grew up in the Smokey Mountain area in Tondo, Manila. They present indigenous DANCE(s) to diverse audiences to raise environmental responsibility & foster amity in a global society.

Founded and first called “Mga Linkod ni Inang Daigdig” in 1993. It registered as a NPO in 2002
at the Securities and Exchange Commission.

The group was trained by SVD seminarians, Nes Marcelo, Elo Rebolido of PETA, Richard Mojica of the Belle Star Dancers, and Ramon Obusan of the Ramon Obusan Folkloric Group.

M.A.I.D. held its 1st concert in 1994 at the PICC with environmentalist singers Lolita Carbon, Heber Bartolome, Freddie Aguilar & Joey Ayala. Since then, it has been performing in different shows & venues with other groups & artists.

It went to AUSTRALIA (Melbourne, Sydney & Canberra) for its 1st INTERNATIONAL TOUR in 1995. Later on, the group also visited & performed in the following countries:

Named “Manila Most Outstanding Youth Organization” in 1998, the group has participated 2x in Peace Dialogues under a Youth Exchange Program in Lanao del Norte, Philippines. 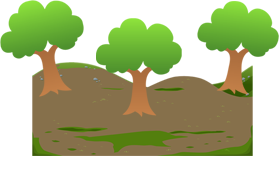 In 2007, the Department of Environment and Natural Resources (DENR) awarded stewardship for reforestation purposes to M.A.I.D of 135 hectares in the Marikina Watershed in Mt. Ayaas, Barangay Puray, Montalban, Rizal.

Troupe members & supporting staff have gone up to Mt. Ayaas together with concerned associations
for tree planting activities.

Since its first appearance in 2010 at the PAGCOR Nightly Entertainment, the dance troupe has been the show’s regular performers in different branches.